Group sequencing allows you to set-and-forget which groups your drivers belong to. It means you can automatically reveal additional content through the year or restrict access to content after a certain time period. It's quite flexible but can be a little daunting, so we advise that you check the examples below which should cover every option.

Note that if a module assignment is changed while the user is in the middle of a module, and that module becomes unavailable to the user, they will get an error on the results page. Group sequencing only affects access to optional modules, custom modules in the Fleet Driver Plan, learner licence main sections (car, motorbike, heavy vehicle), and the tourist section - anything you can alter in the Module availability page. Group sequencing will affect the drivers that Managers assigned to certain groups will see if a Manager is not assigned to a Group that a driver is moved to. 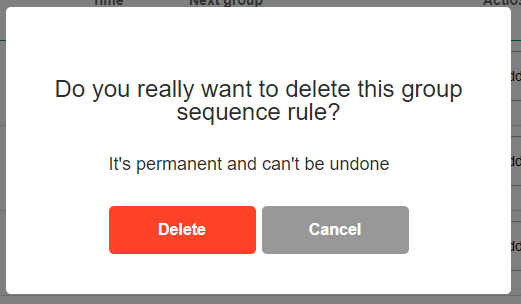 Example 1: Moving a driver from Car 1 to Car 2, but without changing their location

All drivers belong to either Wellington or Auckland and that won't change, but we want to progress them from Car 1 to Car 2 after 30 days.

Set it up like in the following screenshot. After 30 days, Car 2 replaces Car 1. 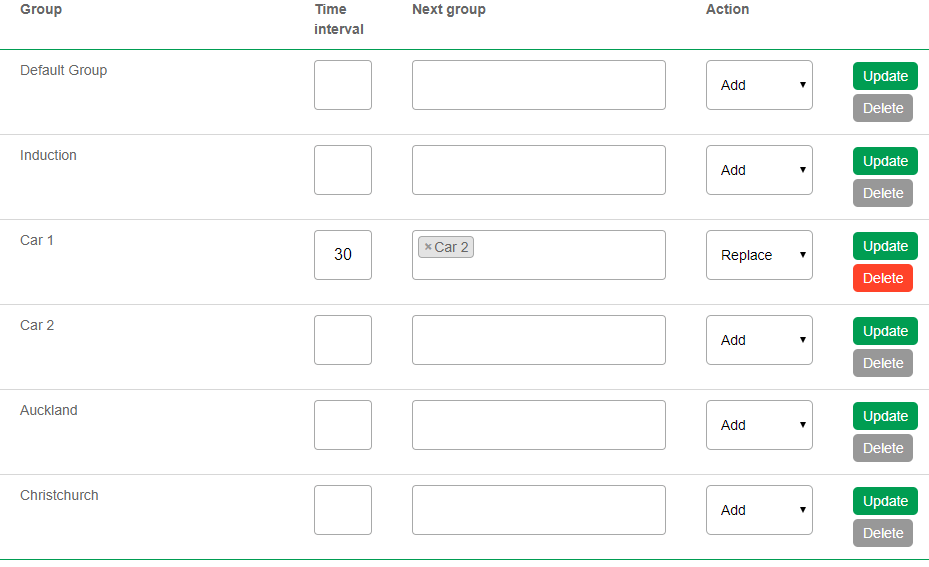 Example 2: User starts in 1 group (Induction) is then moved to 2 groups (Auckland and Car 1), then Car 2 replaces Car 1

This is an extension of example 1. Let's assume that all users in your company are invited to the Induction group before they are assigned to any other groups. You might be using Induction as a way to filter candidates so you might not want them to belong to any other groups yet.

You send the driver invitation to the Induction group. Once they accept, they have 7 days to complete it before they are moved to Auckland and Car 1 and removed from Induction. 30 days later they are removed from Car 1 and added to Car 2. They then stay in Car 2 for the rest of the course duration. 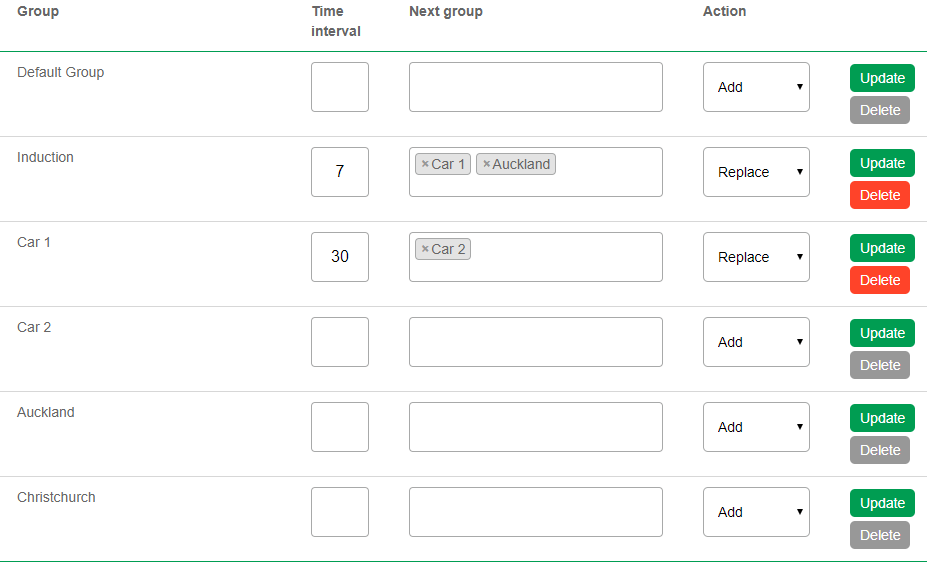 Example 3: Assign a user to a group then unassign the user after a certain amount of time 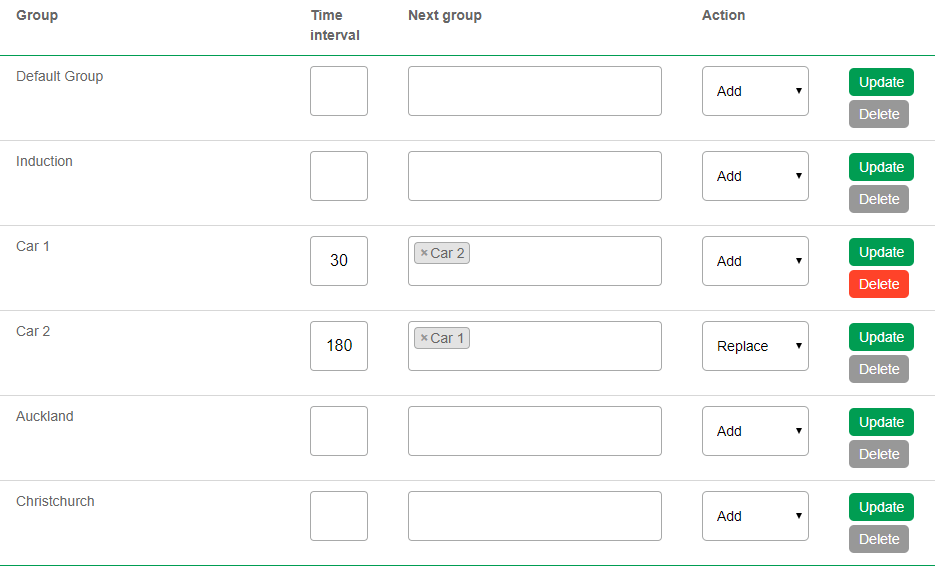 Example 4: Adding one group to another

Your driver has a certain number of modules available in Car 1 but there's no specific requirement to finish them all within a certain time period. You simply want to reveal more modules to them after 90 days, therefore you can add them to Car 2. 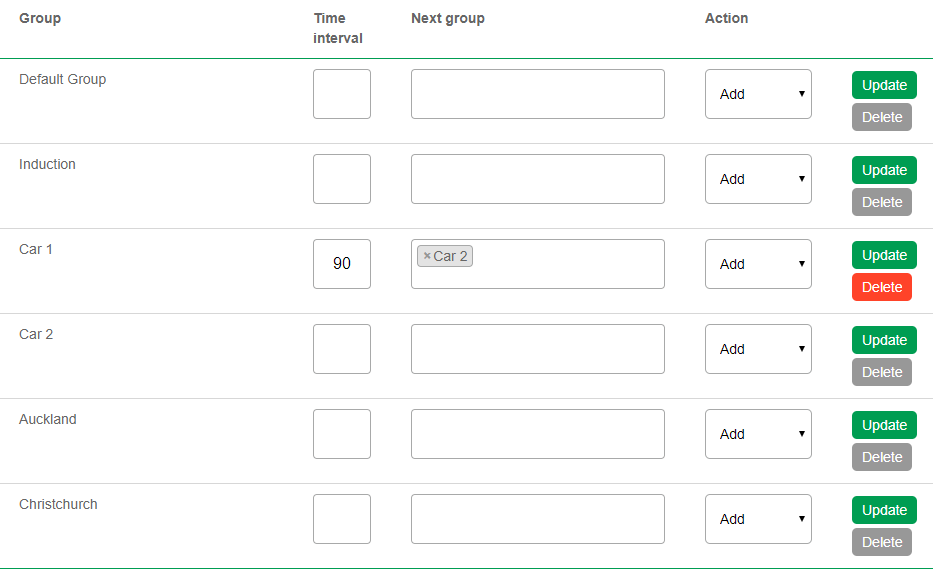 The rule submission errors are self-explanatory

Rule was not changed. You have submitted the same data

Time interval should be a number in days. You can't have anything other than a number in here, e.g. you can't say 'seven'

Time interval should not be less than 1 day(s). You can't have 0 or a negative number

Please set a Next Group for the group you are trying to update.

Did you find it helpful? Yes No

Send feedback
Sorry we couldn't be helpful. Help us improve this article with your feedback.